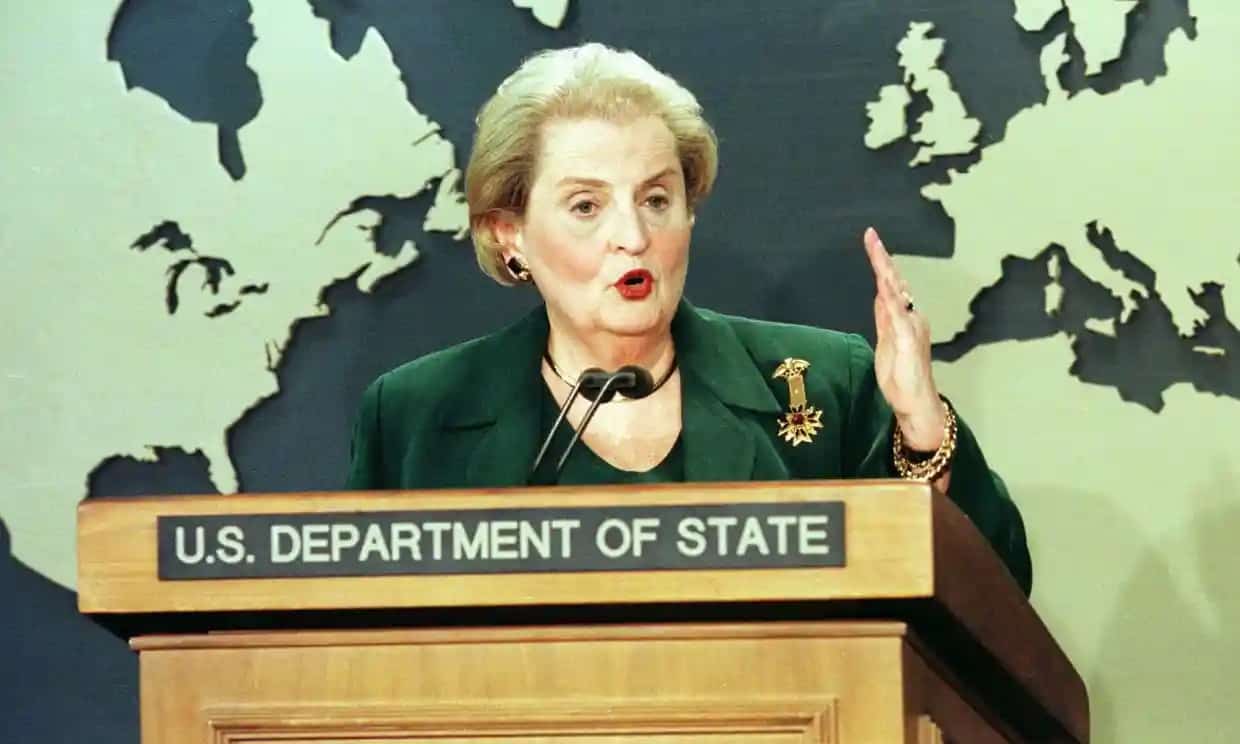 Madeleine Korbel Albright was born Marie Jana Korbel in Prague, Czechoslovakia, on May 15, 1937. (now in the Czech Republic). When she was a child, her grandmother gave her the nickname “Madeleine,” and when she was an adolescent, her name was legally altered. Josef Korbel, her father, was in the Czechoslovak diplomatic service. Anna, her mother, was a stay-at-home mom. Her family lived in Prague, Czechoslovakia, Belgrade, Yugoslavia, and London, England between 1937 and 1948.

Madeleine’s father lived in India while working for the United Nations in 1948, while the rest of the family lived in New York. Her father was sentenced to death after the Communists overthrew the Czechoslovak government. Madeleine was eleven years old when her family was granted political asylum in the United States, or a safe haven to reside. Albright owes her personal worldview to her father, who had a major influence on her.

Her schooling reflects her political interests. She earned a bachelor’s degree in political science from Wellesley College in 1959. Albright then went on to Columbia University’s Department of Public Law and Government to pursue advanced degrees in international affairs.

She has graduated with in Arts and Master in Law. She was awarded Ph.D. in International Affairs.

Before Albright divorced, she and her husband had three children, Alice Patterson Albright, Katherine Medill Albright, Anne Korbel Albright, two of whom are twins.

It’s not always easy to come up with a precise figure for a celebrity’s net worth, like in the instance of the late politician Madeleine Albright. Albright had a net worth of $10 million, according to Celebrity Net Worth, before her death last week. This money came through her writings, her stint in government posts, her commercial activities, and other sources.

“It took me quite a long time to develop a voice, and now that I have it, I am not going to be silent.”
— Madeleine Albright

Madeleine Albright Brooches was famous to tell her mood. Albright wore a wasp pin on days when she felt she needed to “do a little stinging and deliver a tough message.” Russian President Vladimir Putin once informed President Bill Clinton that by looking at Albright’s left shoulder, he could tell how a meeting would go.